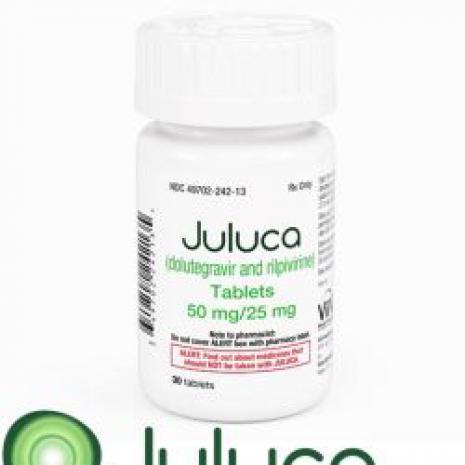 In May 2017, I reported that the first dual therapy had been approved by the EMA. This first dual therapy consists on one pill which contains dolutegravir and rilpivirine. Findings from the SWORD-1 and SWORD-2 studies show that this drug is non-inferior in suppressing the virus in people with an undetectable viral load. This means that this dual therapy works just as well as various triple therapies with which it was compared. There were slightly fewer side effects for people who took dual therapy than for those who took triple therapy. Meanwhile, this drug is now available for prescription in the Netherlands.

The studies found that after 48 weeks, the dual therapy was non-inferior to the triple therapy. In other words, both drugs were equally effective at suppressing the virus. About 92% of the group who received dual therapy had an undetectable viral load, compared with 94% of the group who received triple therapy.
However, it did appear that CD4 count had a huge impact on the effectiveness of this therapy for therapy-naive people. The participants who took dual therapy were divided into two groups: one group with more than 200 CD4 cells per mm3 of blood, and one group with fewer than 200 CD4 cells per mm3 of blood. In the group that had more than 200 CD4 cells, 93% had an undetectable viral load. In the group with fewer than 200 CD4 cells, this was only 79%.
There were slightly more side effects reported in the group that received triple therapy, but this difference is probably due to coincidence (it is not statistically significant). A request for approval for this drug is expected to be submitted to the EMA.